NEW: The print edition of Tomorrow on Revelation III is now available via Indie Press Revolution!

Tomorrow on Revelation III is a roleplaying game about surviving and overcoming capitalism in a future among the stars. Four hundred years from now, aerospace corporations have traversed the galaxy, colonizing this solar system and ones beyond, and constructed space stations to create robust sites of manufacturing, mining, and other industrial activities. You live on the heavily stratified agricultural station Revelation III, where the deck you’re born on determines your profession, privileges, and possibilities. But beyond the monotonous work of daily life, you make time for other work: work towards a better existence.

You are on the precipice of making major changes to the station, but reform is a complex process. You work as a group to improve and transform your conditions by creating meaning beyond productivity, balancing community betterment and social imagination with individual survival and persistence.

In Tomorrow on Revelation III, you play to create the future your characters dream of. You play until Revelation III is a station you would want to live on.

Tomorrow on Revelation III uses an original game system with 3 stats and simple rolls that require only a d10. Characters are customizable using 12 backgrounds, which determine which deck of the station they’re from, as well as guiding their base stats and determining their traits. Backgrounds include Agriculture Worker, Administrator, Freight Worker, and more. The text includes 14 additional traits, as well as guidance on creating your own.

Character creation is collaborative: the party works together to answer their background questions, which provide backstory for each character, and relational questions, which indicate how the characters came to be a team. As players work to improve life on the station throughout the downtime phase and mission phase, they also collaborate to create and portray NPCs. The text includes a number of NPCs, and some tips for creating your own!

🚀 Advice on ensuring safe and comfortable gameplay for everyone at the table.
🚀 A GM Guide with tips for running the game.
🚀4 ready-to-play mission modules addressing a plethora of issues aboard the station.
🚀5 pre-generated characters equipped with backgrounds, traits, and stats.

"Tomorrow On Revelation III is a marvel of compassionate, keen-eyed game design. Technically dense enough to satisfy players who delight in strategizing their stats for storytelling, but adaptive and narrative enough to allow room for players who like to make everything up as they go. Dominique Dickey and C. J. Linton are designers to watch. If this is their first offering, I cannot wait to see what's to come!"

"A lot of games claim that you will be playing a hero, but no game has made me feel like I was truly doing good in the face of adversity like Tomorrow on Revelation III. "

"Tomorrow on Revelation III is a brilliant exploration of anti-capitalism, mutual aid, and the complicated morality of participating in a system you never signed up for. The world of the game is beautifully written, delightfully fleshed out but never limiting … far and away the only capitalist hellscape I'd ever voluntarily participate in!"

🚀 The full 116 page PDF of Tomorrow on Revelation III.
🚀 The character sheets: both a form-fillable and printable versions.
🚀 A one-page guide to the station broken out by deck.
🚀 Pre-filled character sheets for five pre-generated characters that can be used for quick-start play, conventions, or inspiration.

In order to download this game you must purchase it at or above the minimum price of $15 USD. You will get access to the following files:

Support this game at or above a special price point to receive something exclusive.

If you are interested in playing Tomorrow on Revelation III and the cost is prohibitive, please claim a community copy!

This game looks super interesting! Can't wait to play it!

Love the premise of this game and Viditya's blurb is increasing the hype by 1000%. 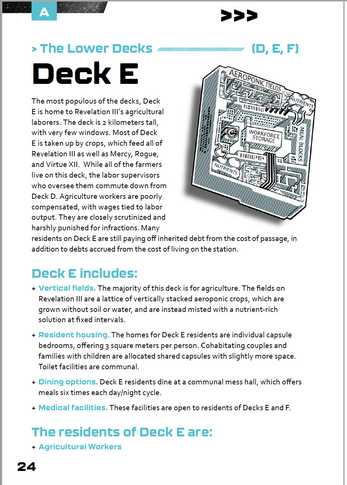 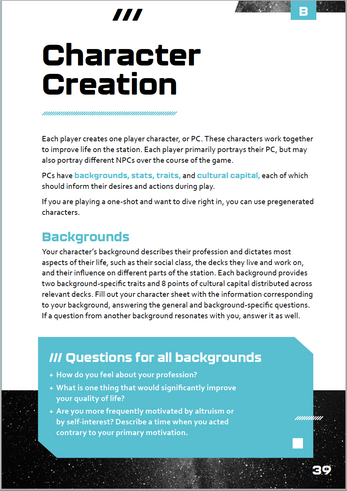 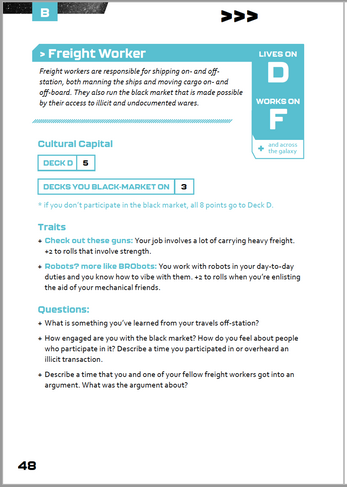 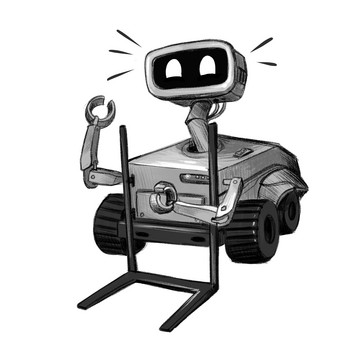